Ducati donates € 170,000 to the Policlinico for post-Covid programs 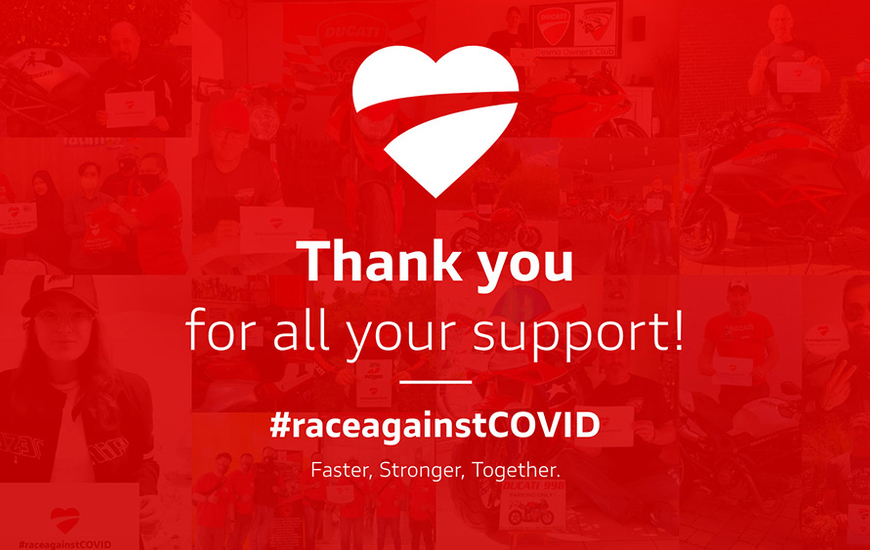 The #raceagainstCovid fundraising initiative launched by Ducati at the beginning of May has ended, collecting more than 170,000 euros. The donations will go towards the rehabilitation programs that the Polyclinic of S.Orsola in Bologna has developed and implemented for patients recovering after Covid-19 infection.

The fundraising was opened by the members of Ducati Board of Management and by the employees of Borgo Panigale and subsidiaries worldwide. The amount raised initially was doubled by the Company and represented the starting point for the international fundraising. Many donations from various parts of the world were then added, with the participation of the riders and the large Ducati family: DOC, dealers, suppliers, partners and enthusiasts, all happy to play their part in this important charity project.

The French artist Jisbar also contributed to the final result, creating and donating a pop-art painting entitled "Ducati Mona Lisa", and recently sold at auction by Cambi Casa d'Aste for the sum of 5,500 euros, which was added to the total proceeds.