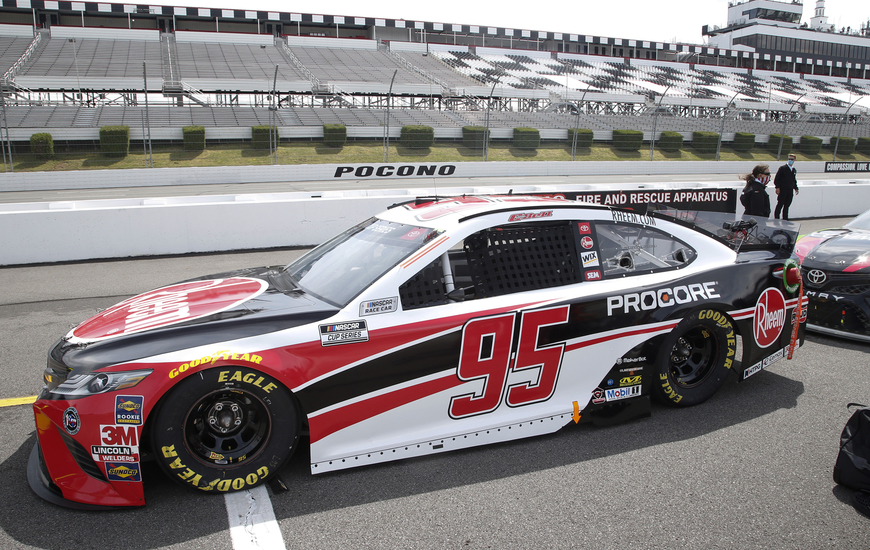 “Advancing additive manufacturing is something I’ve been a proponent of for the past few years. I believe it will change how we fundamentally manufacture in our sport,” said Michael Leavine, vice president of Leavine Family Racing. Leavine Family Racing raced the No. 95 Toyota Camry in the NASCAR Cup Series from 2011 to 2020. The team completed the 2020 NASCAR Cup Series season with a top 20 finish, with Rookie of the Year contender Christopher Bell behind the wheel.

Leavine had been using 3D printing for the team’s race cars for years, initially discovering the technology when he looked for a cost-effective approach to making inch-wide pucks used to fill holes in the splitters on the cars (a sensitive aerodynamic component on the cars that offers an improvement in performance), instead of buying them from a vendor. The injection-molded pucks were typically five dollars each and used only once before being discarded. Leavine bought a lower-end 3D printer online and started printing the pucks in-house with PLA material, ultimately saving the team $20,000-$25,000 a year.

After that, he started to explore other applications in racing with 3D printing, such as prototyping fitment and fabricating fixtures.

Leavine selected the MakerBot METHOD X™ 3D printer for its broad portfolio of materials and advanced thermoplastics available for both rapid prototyping and end-use parts. METHOD’s ability to print at extremely high temperatures was also a benefit for Leavine, who needed materials with high strength and high heat-resistance for demanding parts. The team opted for three MakerBot METHOD X 3D printers, two for the garage and one that could be set up in Leavine’s office or taken on the road for use on-site at races.