Researchers from Chalmers University of Technology in Gothenburg, Sweden, have produced a structural battery that performs ten times better than all previous versions 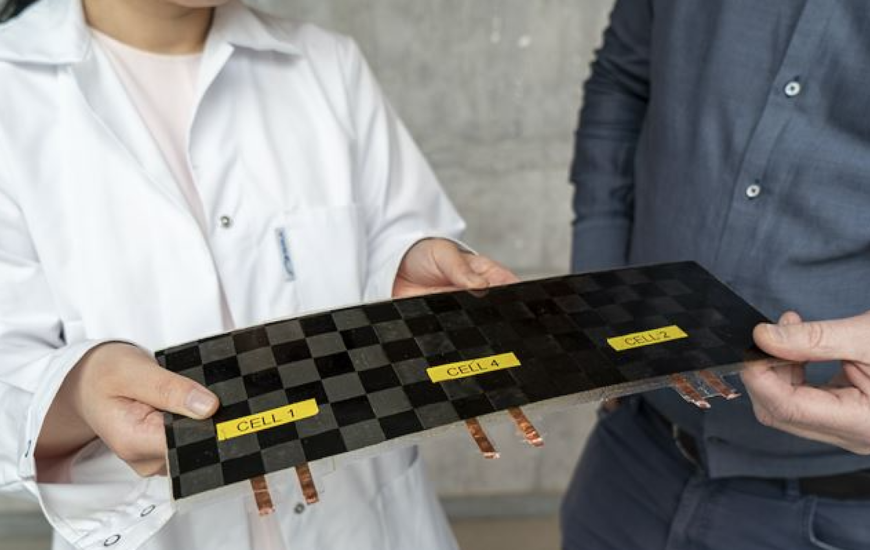 Researchers from Chalmers University of Technology in Gothenburg, Sweden, have produced a structural battery that performs ten times better than all previous versions. It contains carbon fibre that serves simultaneously as an electrode, conductor, and load-bearing material. Their latest research breakthrough paves the way for essentially ’massless’ energy storage in vehicles and other technology.

The batteries in today's electric cars constitute a large part of the vehicles' weight, without fulfilling any load-bearing function. A structural battery, on the other hand, is one that works as both a power source and as part of the structure – for example, in a car body. This is termed ‘massless’ energy storage, because in essence the battery’s weight vanishes when it becomes part of the load-bearing structure. Calculations show that this type of multifunctional battery could greatly reduce the weight of an electric vehicle.

The development of structural batteries at Chalmers University of Technology has proceeded through many years of research, including previous discoveries involving certain types of carbon fibre. In addition to being stiff and strong, they also have a good ability to store electrical energy chemically. This work was named by Physics World as one of 2018’s ten biggest scientific breakthroughs.

The first attempt to make a structural battery was made as early as 2007, but it has so far proven difficult to manufacture batteries with both good electrical and mechanical properties.

But now the development has taken a real step forward, with researchers from Chalmers, in collaboration with KTH Royal Institute of Technology in Stockholm, presenting a structural battery with properties that far exceed anything yet seen, in terms of electrical energy storage, stiffness and strength.