A super printer for automotive companies 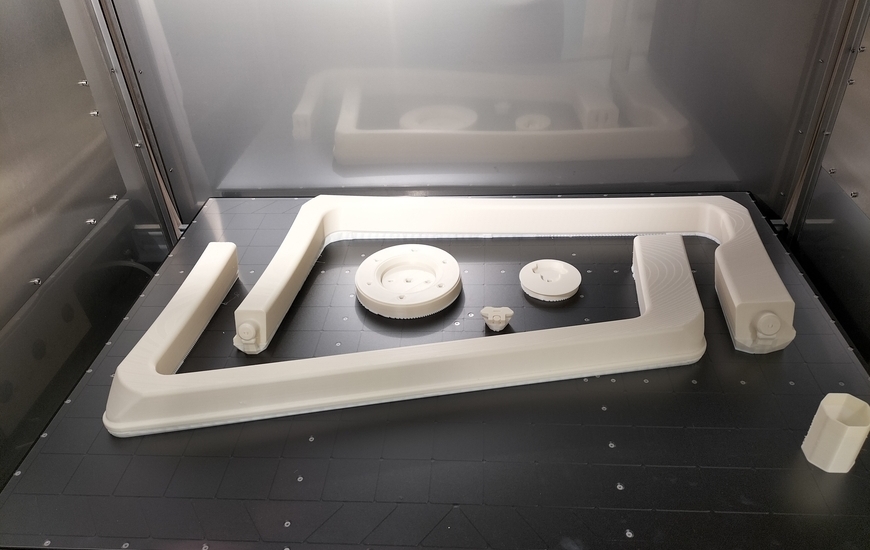 The company – which serves the likes of Ferrari, Giugiaro, Stellantis and BMW – specialises in the design and development of exterior and interior bodywork for concept models, working prototypes and show-cars. Already equipped with a Stratasys Fortus 380 3D printer, SuperStile will, according to Co-founder and General Manager, Franco Palmisano, leverage the F770’s spacious build capacity to take on an expanded range of projects and maintain its ability to meet development and delivery times.

“We have selected the F770 for three key reasons, says Palmisano. “With its mega-build volume, it will ramp up the range of prototyping jobs that we’re able to take on for customers. It also gives us greater production bandwidth across our 3D printing requirements – but importantly via an industrial-grade additive manufacturing technology that has successfully proven itself to us via our Fortus 380.”

Installed via Stratasys Italian distributor, Overmach, which worked closely with SuperStile to assess its needs and identify the most suitable solution, the F770 is now operational within the company’s prototyping department, where it has already been deployed to 3D print various models – among them rear-view mirrors, door handles and air vents.

As the most recent addition to Stratasys’ FDM-based 3D printers, the F770 is equipped with the longest fully heated build chamber on the market – 1000 x 610 x 610 mm. It prints high-resistant and high-performance ABS-M30™ and ASA thermoplastics and uses soluble support material, which allows accurate and reliable prototype parts with complex internal structures to be designed and printed with minimal post-processing.

Despite also operating traditional CNC equipment which, explains Palmisano, continue to play a role within the business, it is the versatility of Stratasys’ FDM-based 3D printing technology that have streamlined design and development activities within the company.

“The purchase of our Stratasys Fortus 380 3D printer in 2021 led to a fundamental change in our mindset and overall approach to our design and development processes, which delivered results very quickly” he says. “As well as affording us greater design freedom, we instantly reduced the lead times on prototype production from several weeks to a just a few days, and also decreased overall costs thanks to a much more simplified and cost-effective process.

“Thanks to our now expanded 3D printing firepower, we are well equipped to continue to push creative boundaries and meet the ever-demanding requirements of our automotive customers,” he concludes.

In the image: Prototype parts with an aesthetic function, designed for a non-functional demonstration aircraft, printed in ASA with the Stratasys F770