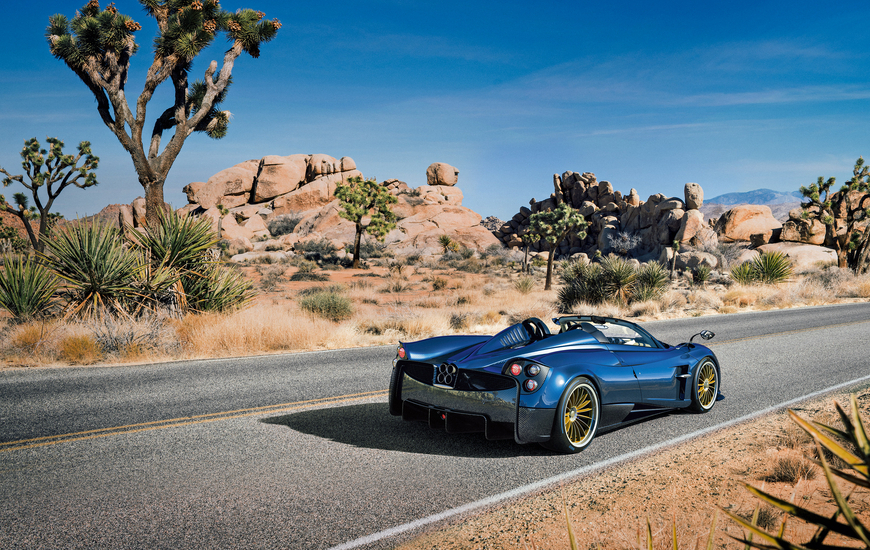 Huayra Roadster on the road 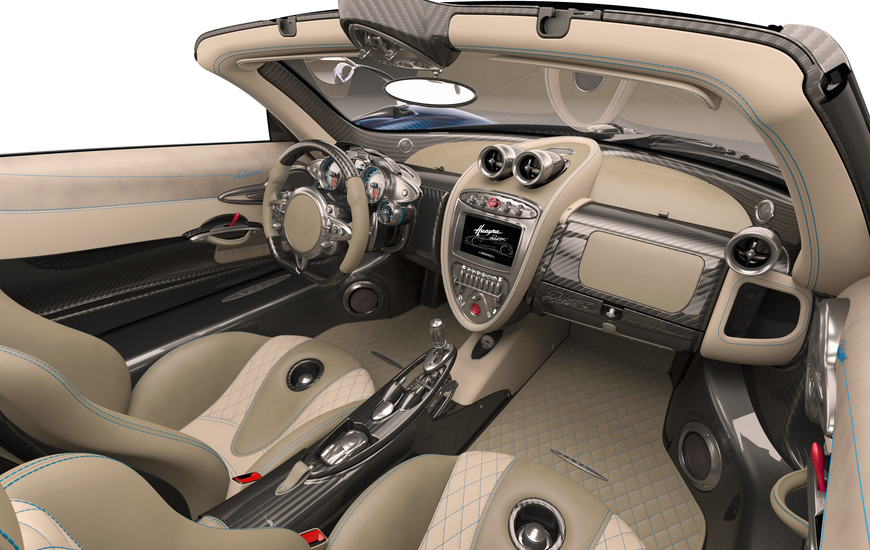 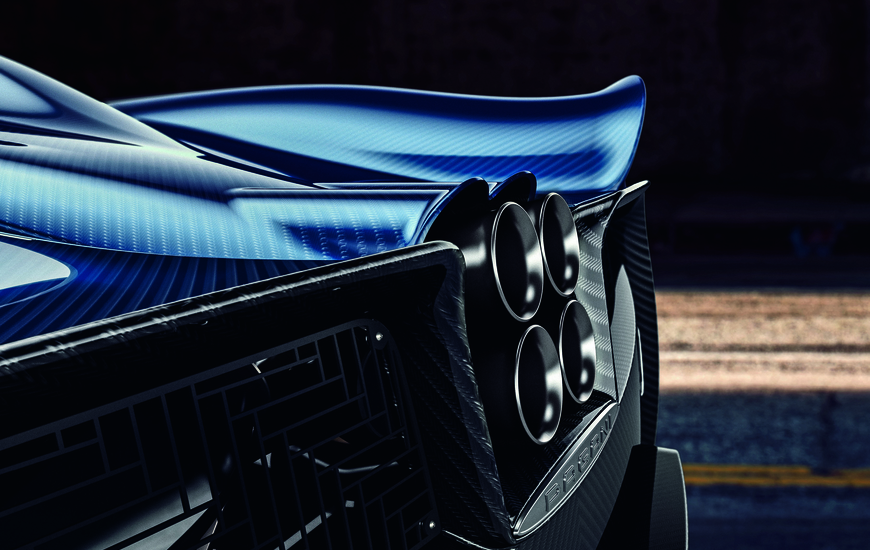 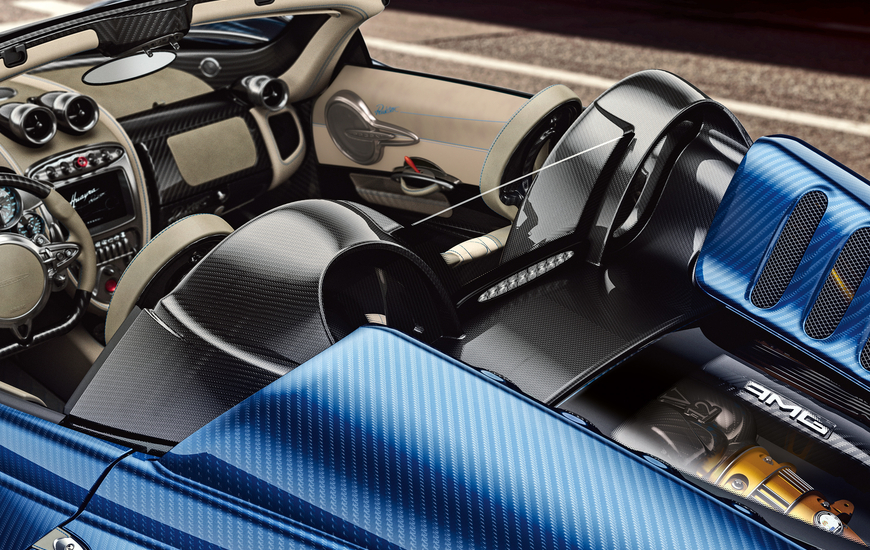 With the new Huayra Roadster, that will be presented at the Geneva Motor Show (March 9 to 19), Pagani aims to make his definitive mark in the supercar industry.

Its production, for now only one hundred specimens, is already all sold in advance, to the starting amount of euro 2,280,000 plus VAT per car. The new creation of the italian company based in San Cesario sul Panaro is equipped with a V12 biturbo engine of 5,980 cc signed Mercedes-Benz AMG that delivers 764 hp at 6,200 rpm and is capable of producing an impressive maximum torque of 1,000 Nm at 2,400 laps. The car has on board emergency soft top and comes with a carbon fiber and glass hardtop that can be left in the garage during the summer.

One of the ambitious goals set at the beginning of the project was to build a Roadster that would be lighter than the Coupe, improving the torsional rigidity of the frame. Armed with the expertise gained from the Zonda R, Huayra Coupe and the Huayra BC, the Pagani engineering team further refined the development of carbo-titanium.

Combined with a new form of composite material and developed for the Huayra Roadster, it is considered more advanced than materials used for Formula 1 cars. This complex and highly ambitious undertaking has allowed for a 52% increase in stiffness, at the same weight, thanks to the combination of the Carbo-Titanium and the Carbo-Triax HP52.

The dry weight of the Huayra Roadster measures 1,280kg, about 80kg less than the Huayra Coupe, while also increasing in torsional flexional rigidity - an incredible achievement by its own right, from a purely technical standpoint.