The carbon-fibre structure of the body components is visible in various areas, including the two chiselled indents in the bonnet
1 / 1 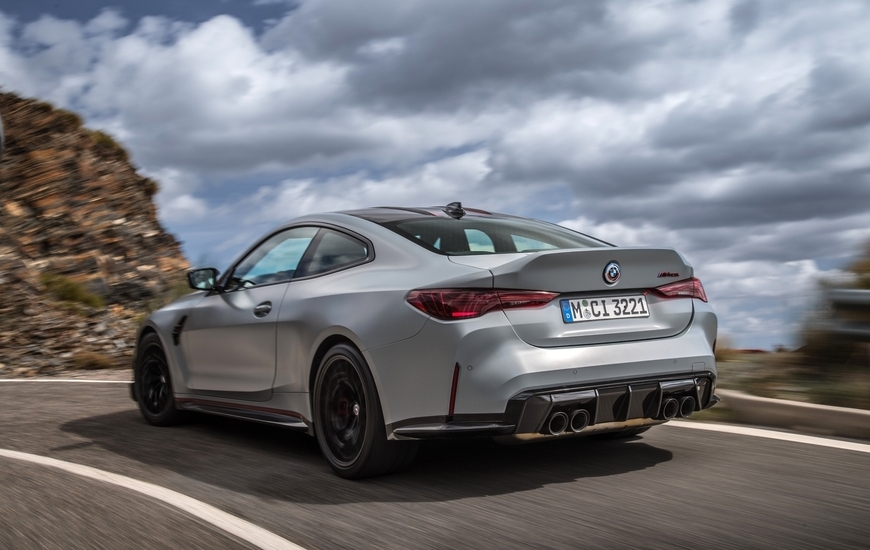 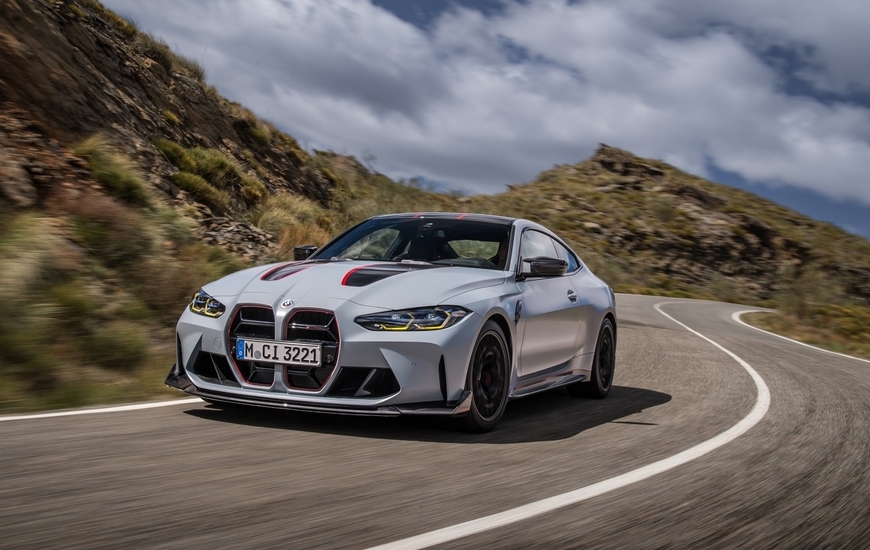 With its next-level power and intelligent lightweight design, two-seater configuration, model-specific chassis upgrades and equipment features selected specially for the job at hand, the new BMW M4 CSL has track driving as its raison d’être. The genes the M4 CSL shares with its competition-spec sibling, the BMW M4 GT3, are also reflected in its performance attributes. In a record-breaking run on the Nürburgring’s Nordschleife circuit, the BMW M4 CSL posted the fastest lap times ever for a series-produced BMW car. Its official and notarised lap time for the 20.832-kilometre / 12.943-mile circuit (the complete lap) was 7 min. 20.207 sec.

The stripped-back racing character of the BMW M4 CSL is underpinned by a time-honoured concept that harnesses cutting-edge development expertise and the latest technology to create an enthralling end result. “CSL” stands for “Competition, Sport, Lightweight”, referencing the critical role of weight-minimised design in achieving success in motor sport. The BMW 3.0 CSL developed by BMW Motorsport GmbH according to this same principle won the European Touring Car Championship at the first attempt in 1973. And the M4 CSL is also following in the tyre tracks of successful special-edition models from earlier generations of the BMW M3/M4, most notably the legendary BMW M3 CSL from 2003 and the BMW M4 GTS unveiled in 2016.

Its talent for innovation and racing-car know-how enabled BMW M GmbH to restrict the special edition’s DIN kerb weight to 1,625 kilograms. A standout power-to-weight ratio of 2.95 kilograms per hp (4.01 kg/kW) provides the ideal platform for a dynamically sublime driving experience.

Fitting M Carbon full bucket seats reduced weight by around 24 kilograms on its own compared with the standard seats fitted in the BMW M4 Competition Coupé. 21 kilograms were saved by removing the rear seats and seat belts, integrating a partition and making the associated modifications to the luggage compartment. And chassis changes, including the addition of extra-lightweight M Carbon ceramic brakes and special light-alloy wheels, springs and struts, lowered the figure by around another 21 kilograms. Paring back the amount of soundproofing plus switching to ultra-lightweight sound insulation saved around 15 kilograms, while the use of components made from carbon-fibre-reinforced plastic (CFRP) deducted some eleven kilograms. For example, in addition to its CFRP roof, the bonnet and boot lid of the BMW M4 CSL are also hewn from this lightweight high-tech material, as is its centre console. And a titanium rear silencer cuts more than four kilograms from the weight of the exhaust system. Detail modifications to areas such as the BMW kidney grille, rear lights, floor mats and automatic climate control shave off another four kilograms.

The body of the BMW M4 CSL is painted in the exclusive Frozen Brooklyn Grey metallic as standard. This exterior shade teams up with exposed carbon-fibre surfaces and red accents to create a visually expressive appearance of sporting purity. Alternatively, customers can specify their new M4 CSL in Alpine White solid or Sapphire Black metallic.

The carbon-fibre structure of the body components is visible in various areas, including the two chiselled indents in the bonnet. The surfaces of the indents – which are not painted in body colour – are highlighted additionally by red outlines. Red accent lines also bring extra emphasis to the two fins on the CFRP roof of the new BMW M4 CSL, the contours of its side sills, the black model badges, and the model-specific CFRP splitters and air curtain inserts in the front apron.