From a technical perspective, the new Ferrari takes its inspiration from the sophisticated engineering solutions already adopted in racing the 1960s 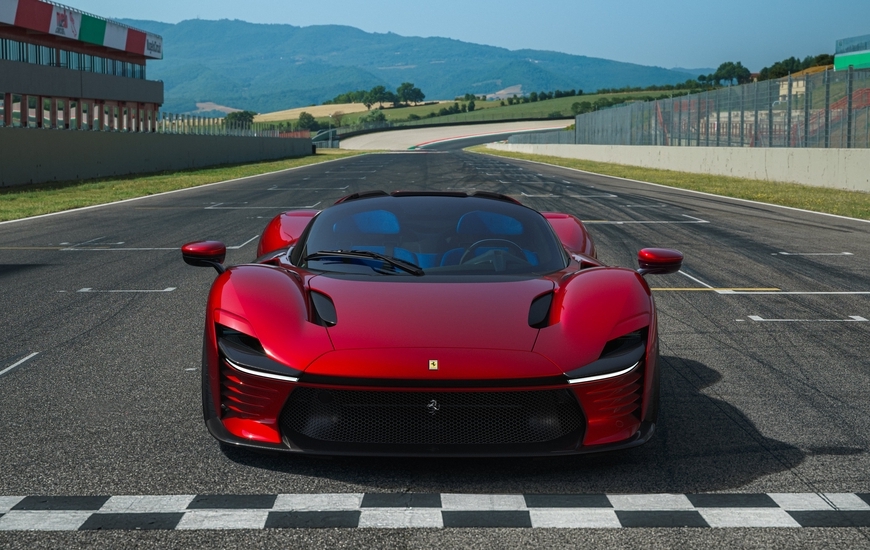 On February 6th 1967, Ferrari pulled off one of the most spectacular feats in its entire history when it took the top three places at the 24 Hours of Daytona in the first round of that year’s International World Sports Car Championship. The three cars that shot past the chequered flag in that legendary side-by-side finish on Ford’s home turf – in first place a 330 P3/4, in second a 330 P4 and in third a 412 P – represented the pinnacle of development of the Ferrari 330 P3, a model that chief engineer Mauro Forghieri had significantly improved in each of the three racing car fundamentals: engine, chassis and aerodynamics. The 330 P3/4 perfectly encapsulated the spirit of the sports prototypes of the 1960s, a decade now considered the golden era of closed wheel racing and an enduring reference point for generations of engineers and designers.

The name of the new Icona evokes that legendary 1-2-3 finish and pays homage to the Ferrari sports prototypes that helped earn the marque its unparalleled motor sport status. The Ferrari Daytona SP3, presented today at the Mugello Circuit during the 2021 Ferrari Finali Mondiali, is a limited edition that joins the Icona series which debuted in 2018 with the Ferrari Monza SP1 and SP2.

The Ferrari Daytona SP3’s design is a harmonious interplay of contrasts, sublimely sculptural, voluptuous surfaces alternating with the kind of sharper lines that revealed the burgeoning importance of aerodynamics in the design of racers such as the 330 P4, 350 Can-Am and 512 S. The bold choice of a ‘Targa’ body with a removable hard top was also inspired by the sports prototype world: consequently, the Ferrari Daytona SP3 not only delivers exhilarating driving pleasure but also usable performance.

From a technical perspective, the Ferrari Daytona SP3 takes its inspiration from the sophisticated engineering solutions already adopted in racing the 1960s: today as back then, maximum performance was achieved by working on the aforementioned three fundamental areas.

The Ferrari Daytona SP3 sports a naturally-aspirated V12, mid-rear-mounted in typical racing car style. Undisputedly the most iconic of all Maranello’s engines, this power unit delivers 840 cv – making it the most powerful engine ever built by Ferrari – along with 697 Nm of torque and maximum revs of 9500 rpm.

The chassis is built entirely from composite materials using Formula 1 technologies that have not been seen in a road car since the LaFerrari, Maranello’s last supercar. The seat is an integral part of the chassis to reduce weight and guarantee the driver a driving position similar to that of a competition car.