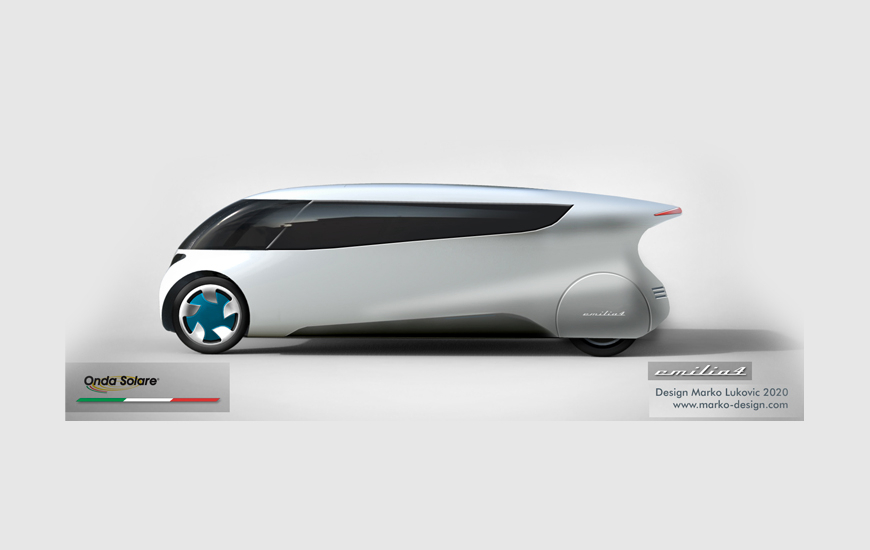 The "Academic World" column extends its horizons to new collaborations. This time we are hosting a valuable and interesting intervention by a group of professors and researchers from the University of Bologna.

In some cutting-edge structural engineering applications, such the design of light vehicles, the designer needs to use materials with the highest possible specific stiffness and specific strength in order to minize weights.

Lightness, in fact, permits to improve vehicle efficiency that represents a key factor respect to a sustainable mobility.

At the same time, from the perspective of the suspension systems, the designers have to take extreme care to reduce every sort of energy dissipations. The car has to run stable on the road asperity, vibrations have to be minimal, inertia respect to changes in speed and direction has to be limited. It means, in practice, that their design has to be direct to stiff, light and precise suspensions. The possibility to obtain these results is also related to the material choice.

Considering the well-known Ashby charts, it is common to limit such a choice to the Carbon Fiber Reinforced Plastics sandwiches, in the presence of bending load or for energy absorption, and laminates in the other cases, with the possibility of using metals where other conditions may discourage composites (e.g. high contact stresses, transversal loading, exposure and so on). In some cases, as where specific geometrical of functional constrains are also present, other materials, such as high performances polymers, can be conveniently pondered. A special alternative seems to be provided by ultra-high-molecular-weight polyethylene.

This is a subgroup of the thermoplastic polyethylene, characterized by extremely long chains and, as result, in a very tough and resistant material. Also known by several commercial names, as Dyneema®, its use is gradually being extended to multiple fields of application due to its remarkable mechanical properties,. With a density of 975 kg/m3, an elastic modulus of 110 GPa and a tensile strength of 3400 Mpa, Dyneema® strips are quite common in many sporting applications requiring lightweight and strength such ad parasails, suspension lines for paragliders or parachutes, and in rigging used in competitive sailing. They are also used in archery, fishing, climbing, also because of their abrasion resistance. During our reserches, we also demonstrated, maybe for the first time, how the UHMWPE could represent a valid material solution in the design and optimization of automotive suspensions.

In particular, Dyneema® strips permitted to assure specific kinematic trajectories, functionalities and overall performance in an exceptionally light systems. These strips reduced the weight by 88% respect to the classic design solutions with similar functions, offering, at the same time, high stiffness and accuracy in the movements. An experimental campaign was conducted to evaluate the ratcheting behaviour and other mechanical properties needed for a proper design and use.

Then, the strips where used as fundamental connecting elements in the design of a full CFRP suspension for a multi-passenger solar vehicle, designed and developed by the University of Bologna in collaboration with the Onda Solare association. This vehicle, a four-seat race prototype, won the American Solar Challenge in July 2018, running 2.700 km by means of exclusively solar energy. It was possible thanks to a valid compromise between the different design choices, including the innovative suspension systems powered by thin Dyneema® strips, able to sustain a dynamic load of 650 kg on the four suspensions.

This result was possible developing (by experiments) a material model able to predict the ratcheting behavior of Dyneema® strips under uniaxial loads and using this model to applied a proper residual deformation to the strips. Thus, it was possible to develop a connecting rod without using metal solutions as aluminium rods and spherical connections.

Acknowledgments
Research funded by the Italian Ministry of Foreign Affairs and International Cooperation within the Executive Programme of Cooperation between Italy and Serbia. Further details in Minak G., Brugo TM, Fragassa C: Ultra-high-molecular-weight polyethylene rods as an effective design solution for the suspensions of a Cruiser-Class Solar Vehicle. International Journal of Polymer Science, 2019, 8317093.