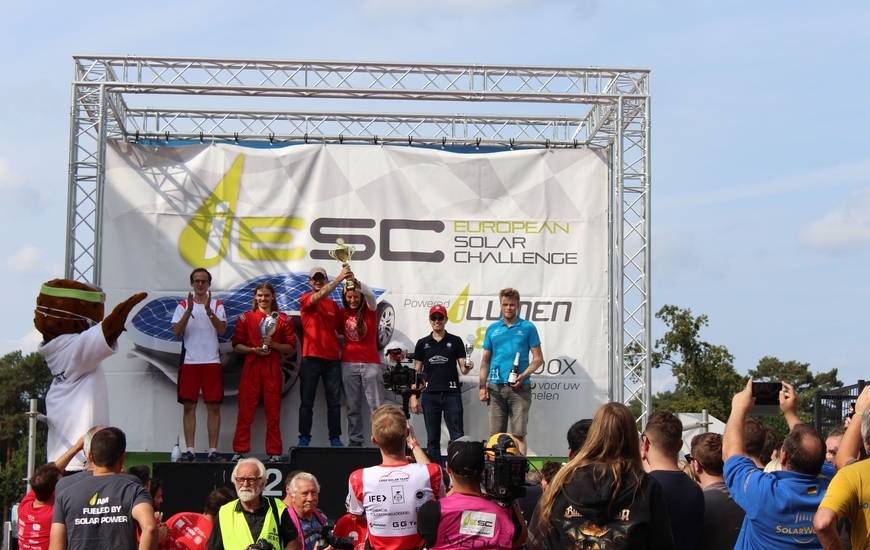 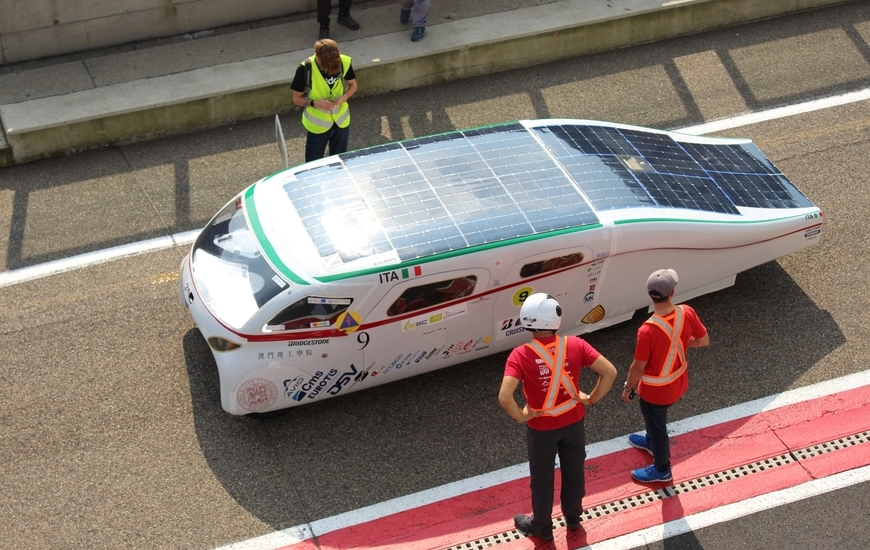 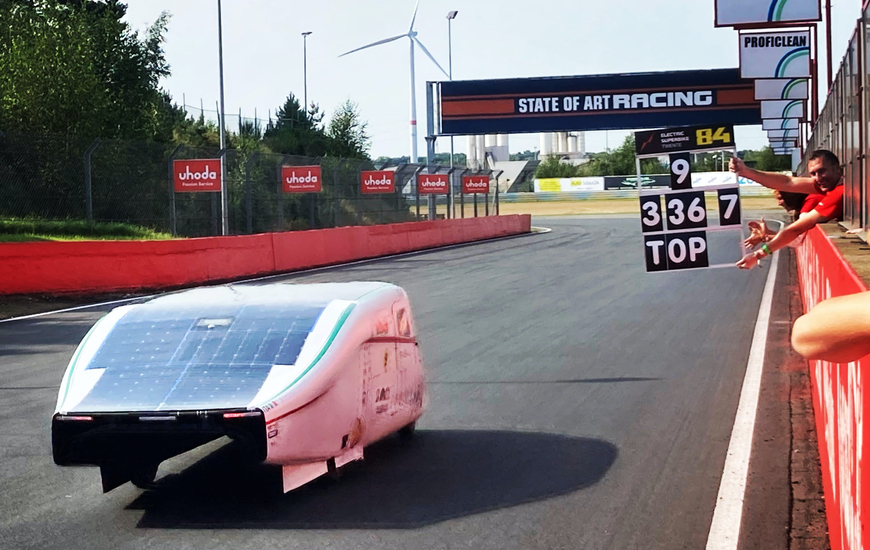 On Sunday September 19th, Emilia 4 LT, a vehicle from the University of Bologna, took first place on the podium in the Cruiser category of the iLumen European Solar Challenge for solar-powered vehicles, which took place at the Zolder racetrack in Belgium.

The competition aims to reward the most energy-efficient vehicle. Consequently, in addition to the quality of the design and construction, the search for the best compromise between the number of laps covered and consumption is fundamental, and it is done through specific strategies developed by the team during the race. For Emilia 4 LT and for the Onda Solare Association that takes care of its sports management, this is the second victory in the cruiser category, after the American Solar Challenge in 2018 and marks an excellent return to the track after last year's stop caused from the pandemic.

The event was also attended as members of the team by students and professors of the A. Ferrari of Maranello and F. Baracca of Forlí Higher Education Institutes, together with students and doctoral students from the University of Bologna led by prof. Minak and numerous volunteers.

The victory of Emilia 4 LT was possible thanks to the race strategy, the spirit of sacrifice and the tenacity demonstrated throughout the twenty-four hours and at the worst moment, in the middle of the night, when everything seemed lost due to an electronic problem.
Dawn led to a gradual recovery of positions until the last driver change, when the Polish car had to stop for a long time in the sun to reload and Emilia struck the final blow, surpassing it in the classification of the fastest lap and conquering the decisive point for success.

Emilia 4 LT is a prototype almost 5 meters long designed and built entirely in high-performance carbon fibre laminate, capable of carrying four occupants and with a weight of 399 kg, batteries and motors, also developed at the University of Bologna, included. Moreover, it is equipped with an 1100 W SunPower solar panel with an efficiency of 24.3%.

The team's plans now include a new race vehicle and the modification of the Emilia 4 LT to make it roadworthy.