It is the first Fuori Serie model developed specifically for Japan 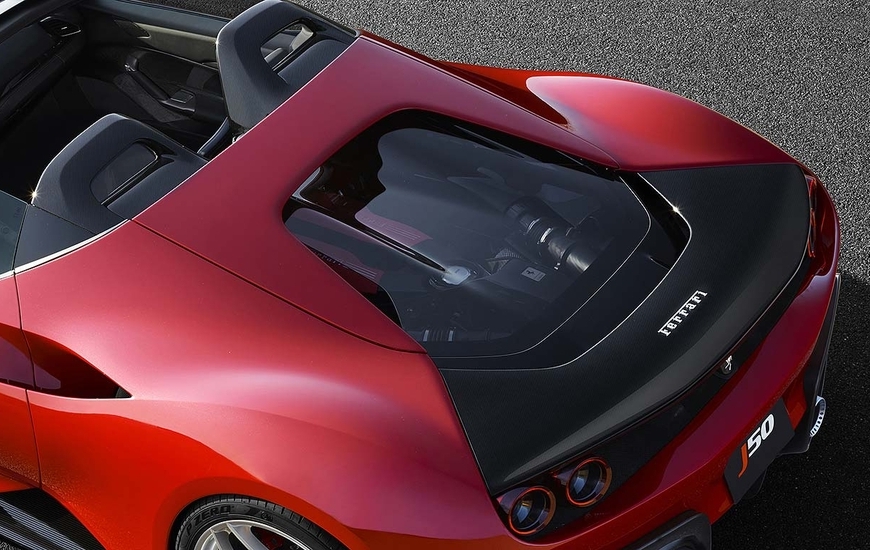 This year marks the 50th one since the first Ferrari was officially registered in Japan. To celebrate this milestone, a series of special events have been held this year including Ferrari Racing Days, Hokkaido Rally, Osaka Riverside Party and International Cavalcade.

To wrap up this momentous year, “Ferrari 50 Year in Japan Anniversary Finale” was held at the New National Art Museum in Tokyo and over 300 passionate VIP guests attended the exclusive event.

At the entrance to the venue were displayed a 275GTB , which was the model that this anniversary celebrates the importation in 1966 of, as well as a GTC4Lusso, the latest 12-cylinder model introduced in 2016. Facing them was a row of all the other models in the current lineup that warmly welcomed the guests.

The highlight of this Finale event was the unveiling of the J50, a new limited edition model – the first Fuori Serie model developed specifically for Japan. The J50 is said to have been designed with the notion of futuristic, exotic and unique in mind. Realized on the basis of the 488 Spider, Ferrari J50 is equipped with a specific version of the 3.9 liter V8, winner of the International Engine of the Year Award this year, with an output of 690 hp.

The carbon fiber hard top is divided centrally into two parts that can be easily put behind the seats.

Among the limited edition models it has unveiled to date, this is probably the one with the most fresh styling and might serve as the blueprint for future Ferrari designs.