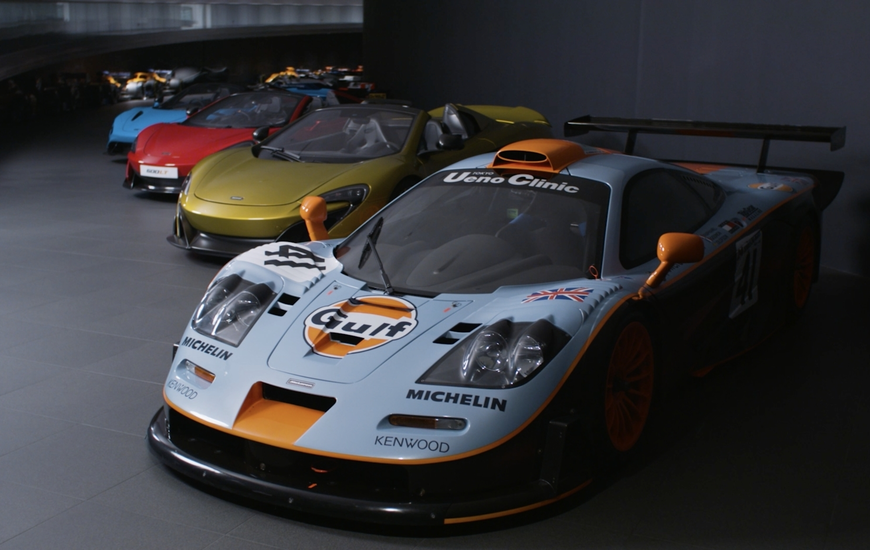 McLaren Automotive is celebrating 25 remarkable years of performance excellence from ‘Longtail’ models, with the last of the latest generation of sold-out cars—the 765LT Spider—being delivered to owners in the coming months.

To mark the occasion, McLaren Formula 1 racing driver Daniel Ricciardo discovers the LT line-up in a new, behind the scenes video at the McLaren Technology Centre, Woking. Led by McLaren Automotive Product Manager, Ian Howshall, the pair discover the engineering innovation behind the LT’s aerodynamic design and light-weighting.

The original ‘Longtail’ was a development of the McLaren F1 GTR that dominated the 24 Hours of Le Mans in 1995, placing first, third, fourth and fifth. This impressive victory made McLaren Automotive the only manufacturer to win the world-famous endurance race in its first attempt.

The dramatic ‘Longtail’ iteration, which made its competition debut in the 1997 FIA GT Championship, earned its name from the distinctive stretched silhouette resulting from extended bodywork that reduced drag and increased downforce. McLaren F1 GTR ‘Longtails’ took victory in five of the 11 rounds of the FIA GT Championship and finished first and second in the GT1 class at the 24 Hours of Le Mans, with the nearest opposition finishing almost 30 laps behind.

McLaren Automotive introduced the next generation of Longtail – and the first of the LT road cars – in 2015, with the 675LT. A convertible Spider followed, with the 500 examples of each car quickly earning a place in automotive history.

The 600LT – which won multiple ‘Car of the Year’ accolades upon launch – was introduced in 2018 first as a coupe, and then Spider form. In 2020, the mighty 765LT arrived as the most powerful of the road-legal LTs - with the Spider arriving and selling-out a year later.

Crafted in carbon fibre, the elongated bodywork of the 600LT optimises aerodynamic performance to generate additional downforce - approximately 100kg at 155mph. Extreme weight saving measures – in addition to the unique-in-class carbon fibre MonoCell II chassis – contribute to a dramatic 96kg weight reduction when compared to the 570S. The track-focused interior features the carbon fibre Racing Seats first seen on the McLaren P1™ with the possibility of being made even lighter still with the Super-Lightweight Carbon Fibre Racing Seats developed for the McLaren Senna. With every lightweight option fitted, the lightest dry weight is as low as 1,247kg, creating an astonishing power-to-weight ratio of 481PS per tonne.