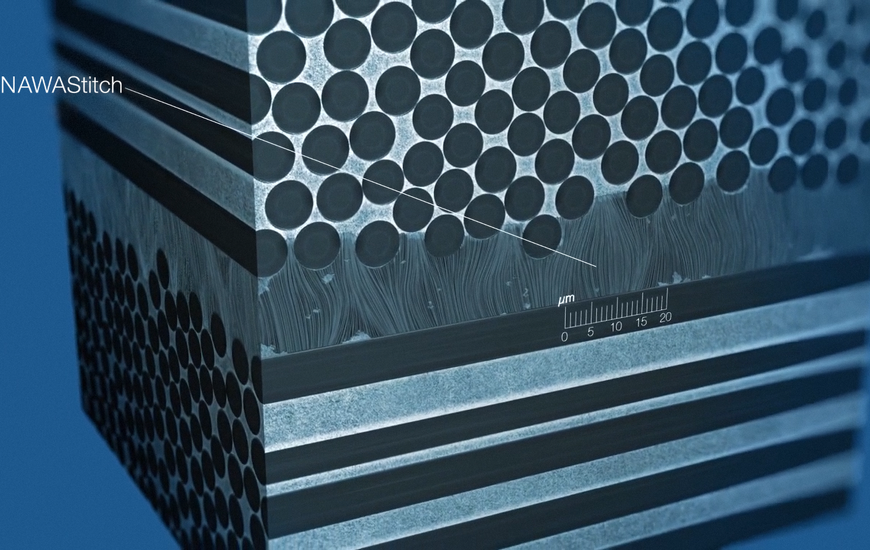 NAWA America has been created by the acquisition of the assets of the US leader in VACNT for composite applications, N12 Technologies. N12 began developing its own two-step patented VACNT growth process in 2014 and became experts in VACNT-enhanced composite materials.

Over a similar period, NAWA Technologies has developed its own single-step VACNT growth process, applying the unique properties of VACNT to its high power and high energy ultracapacitors, but also recently as one of the fastest electrodes for lithium batteries and hybrid systems, as debuted by its NAWA Racer.

NAWA America’s objective will be to significantly widen the range of applications of multifunctional composites, engineering truly next-gen materials and substantially scaling manufacture. Its immediate focus will be on a bringing a new materials concept, NAWAStitch, to mass market.

Comprising a thin film containing trillions of VACNT arranged perpendicular to the carbon fiber layers, NAWAStitch acts as ‘nano-velcro’, reinforcing the weakest part of a composite: the interface between the layers. Eliminating the probability that a crack will occur in the interface, the concept also greatly improves strike damage resistance.