'No alternatives to an extensive adoption of composites in the space'

Andrea Tullj, Program Procurement Manager at OHB Systems AG, answered our questions about the future of the lightest materials 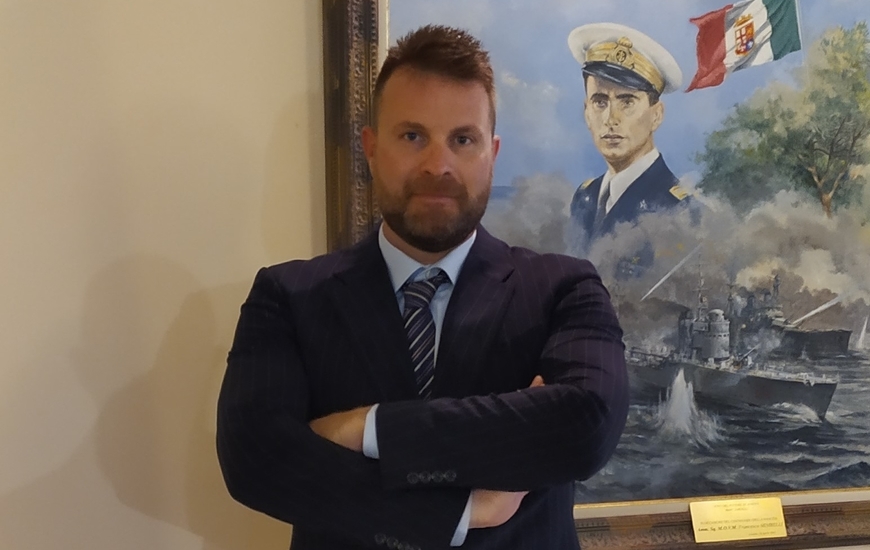 Portale Compositi (www.portalecompositi.it) and Composites Portal (www.compositesportal.com) continue to probe the 'future of composites'. This time we explored it from the needs and perspectives of a high-rise sector such as aerospace. Andrea Tullj, Program Procurement Manager at OHB Systems AG, answered our questions.

Are composites still an innovative sector for the aerospace market?
«Composites have initially been developed by the military with the intent of maximizing at almost any cost a fundamental design characteristic in aerospace: the strength-to-weight ratio. With the subsequent diffusion into the civil sector, their development is expected to continue with ever-increasing relevance for both the automotive and the aviation industry. Here lower emissions and improved autonomy have become key drivers to the sustainability of the respective business models. The OEMs are consequentially acting as a pull force for the introduction of innovations at every stage of their supply base. These extend from fibers and precursors through to the manufacturing processes. Such innovations are generating opportunities for a wide-range of providers at each step of the part production, which are leading this sector into ever expanding and emerging applications».

What kind of impact the Covid emergency is having on the aerospace market?
«Covid-19 is a "perfect storm" for the aerospace industry due to a combination of changes in traveler’s behavior, government restrictions on movements and broad economic downturn. While a full recovery to pre-crisis levels of passenger demand is unrealistic in the short term, on space and defense side contractors are better positioned. Such programs will likely not feel the impact of the Covid-19 in the short to mid-term. While production may slow down for the same reasons as in aircraft manufacturing, demand over the next few years is unlikely to be affected. Budget for many of such projects had been allocated prior to the pandemic and often these are critical to national defense. It is worth considering that several countries have recently instituted a Space Command as a new branch of their armed forces tasked with the protection of the national interests above the atmosphere».

In your opinion, will the usage of composite materials continue to grow?
«As we look toward the future, customers will keep demanding lighter, more efficient vehicles and aircrafts. While composites offer a great value proposition for numerous applications facing demanding performance requirements, there is a significant hurdle to the broad adoption of any new technology. If we focus on the industry, the ability to achieve meaningful scale will be a key success factor as the market for composites expands and customers look to fewer suppliers to deliver more of a complete solution. In order to increase the output and to reduce the unit price, the current trend is to invest in manufacturing automation and to find suitable alternatives to autoclave curing. New applications need solutions that bridge the performance-to-cost gap between today's aerospace and non-aerospace composite materials. Manufacturers are investing heavily in these fields, even if the current situation prevents them from making long-term commitments toward an effective implementation of the new technologies».

New space missions (also the return of humanity to the moon) are announced. Do you think that composites will have a significant role in this new adventure?
«ESA Council “Space19+” has recently endorsed the most ambitious plan to date for the future of the whole European space sector with an unprecedented 14,4 B€ budget (Italy’s ASI is the third contributor with almost 2,3 B€). A significant share of this amount is devoted to rocket launchers and satellite constellations. Cost and manufacturing considerations are secondary for space applications: here very stringent performance requirements dictate the material selection. Indeed, materials have improved with the introduction of composites with mechanical properties far superior to the typical alloys that were used at the beginning of the space age. Composite materials are now, and will be, extensively adopted to keep up with the extreme conditions of outer space. Overall, there are simply no valid alternatives to an extensive adoption of such materials».

What is the most important challenge of your job looking to the future?
«We definitely live in exciting times to be an aerospace engineer and, at the same time, an officer of the armed forces. Space continues to be one of the foremost areas of geopolitical expansion and the projection of national capabilities. Half a century after the lunar landings, the space industry is now in the middle of a renaissance so profound that analysts predict the industry’s economy could be worth a trillion dollars within the next decades. With individuals, governments, organizations involved in this rapidly developing sector, Europe (and Italy as a leading member) can have a huge role to play in writing the rulebook and in exploring new domains. These could include new satellites services (navigation, earth monitoring, hi-speed internet) but we could also imagine more futuristic opportunities, such as using reusable rockets for rapid point-to-point transportation on earth. We are witnessing a shift of paradigms, with changes of motivations, actors, and, indeed, technologies. Established OEM (and their respective countries) could not afford to participate in such a race alone. So one of the most ambitious endeavors of my current job consists in growing an ecosystem of partners to be jointly ready in face of the fascinating challenges to come».

WHO IS
Andrea Tullj was born in Teramo, Italy, in 1983. Despite the attachment to his homeland, he lived and worked in the US, in the UK, in France and landed eventually in Germany. He holds a master degree, with first class honors, in aerospace engineering from the University of Bologna and the University of California San Diego. He was awarded a scholarship to attend a Corporate MBA from Finmeccanica (now Leonardo) and he was subsequently hired as a Program Manager in the helicopters division AgustaWestland after graduation. During his professional career, he gained hands-on experience on racing cars projects, in the aeronautical domain and in the space segment. He is currently working for OHB Systems, a leading integrator of space systems. He is involved in the endeavor of building and launching in orbit the new European constellation of meteorological satellites MeteoSat 3G. He holds a civil pilot license PPL/A and he is a Reserve Officer of the Italian Navy with the rank of Lieutenant. In his spare time, he loves to travel and he drives a vintage Lancia Fulvia on the fascinating roads of the Apennine Mountains, in central Italy.