'Take a look at nanotubes, they will be the future of composites'

Interview with Domenico Acierno, former full professor at the Faculty of Engineering of the Federico II University of Naples and currently Director General of CRdC Tecnologie 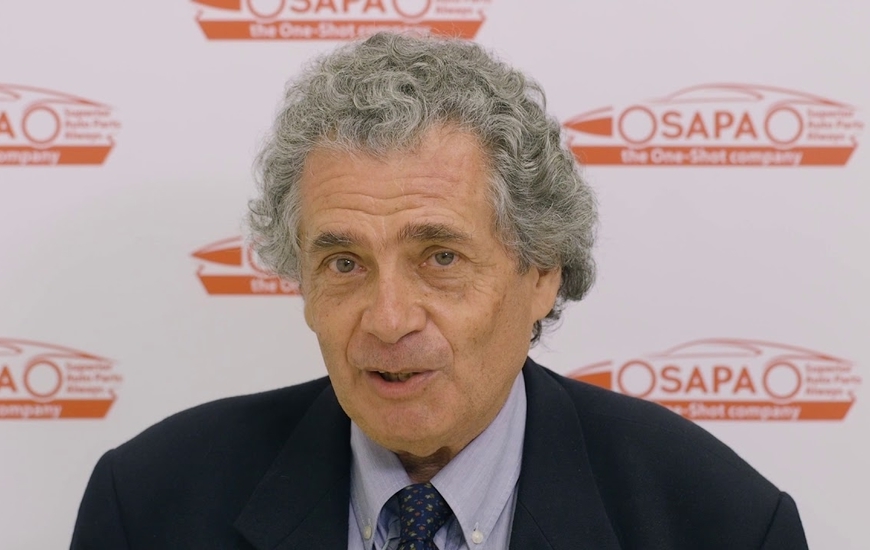 Our interviews on the future of composites and their multiple applications continue. Today we propose the interview with Domenico Acierno, former full professor at the Faculty of Engineering of the Federico II University of Naples and currently Director General of CRdC Tecnologie.

Professor Acierno, do you think there is a future for composites and in which direction?
“Yes, I think there is a future. If we look at the evolution of this material, we realize that initially, or rather even initially, the composites had some difficulties probably related to the cost of the fibers. Which, especially in relation to carbon, is still true today. However, over time, they have become a more free and evolved tool since in many applications, even the most simple, use has been made of composites rather than polymers or other simple materials. And this has happened in different sectors, from aerospace to automotive, and making use not only of long fibers with the highest added value but also of short fibers ".

What other developments can be considered significant?
"A significant evolution has been made by resorting to thermoplastics, which generally cost less, are processed more easily and their recycling is easier while for long-fiber composites these demands must be reduced".

What was the most important evolution from an environmental point of view?
"As for the greener and environmentally-related issues, the most important evolution was the use of low-cost fibers, which are all natural ones, to be clear, even if from these we cannot expect equivalent performance to traditionally intended composites.. The industry where composites are made not of fibers but of nanofillers is also expanding. In short, the future of composites, as you can see, does exist".

The emergence of composites, from the first carbon fiber creations of the 1960s, took many years. Why?
"As already mentioned in part, this delay is linked both to a problem of costs and to the fact that, at least initially, the composites have been the subject of studies aimed only at some applications and referable to some aspects. Each industrial group that approached composites studied a particular characteristic. The composites, however, are not only those with a polymer matrix but also those with a different matrix. This is important to say because, in this direction, composites that use other materials such as concrete or metal can also find applications in more civil uses".

Thinking about the electric car, carbon fiber could contribute a lot to its lightening by offsetting the weight of the batteries. But the cost remains very high. In your opinion, how can the problem be circumvented?
"As long as the focus is mainly on structural parts and long-fiber composites, despite the competition between manufacturers is producing some positive effects in this sense, the cost of the raw material won’t go down. The problem is that it is a special polymer whose initial cost is high. More space should be given to composites in which there is not only a unidirectional interest or in the ultimate properties of the material, but applications can be studied that bring out the interest in other characteristics, both mechanical and thermal and acoustic".

A few examples?
"I have been working for a long time using nanotubes, which in my experience have proved surprisingly useful for composites as well. A study in this sense could be made by replacing the spun nanotubes in what will be the matrix of the composite with substantially almost continuous fibers. Replacing the long fiber with a long one for continuity could be one way".

In November 1997 he moved to the Faculty of Engineering of the University of Naples "Federico II" as full professor of Thermodynamics and Transport Properties for the degree course in Materials Engineering.

He is a member of various technical-scientific associations, in some of which he has held and also holds managerial roles: in particular he was President of the Research Group in Chemical Engineering (GRICU) of the University and President of the Italian Association of Science and Technology of Macromolecules (AIM).

He is the author / co-author of about three hundred publications in international journals, various book chapters and co-editor of some international books.