The American debut of the new Ferrari 296 GTB 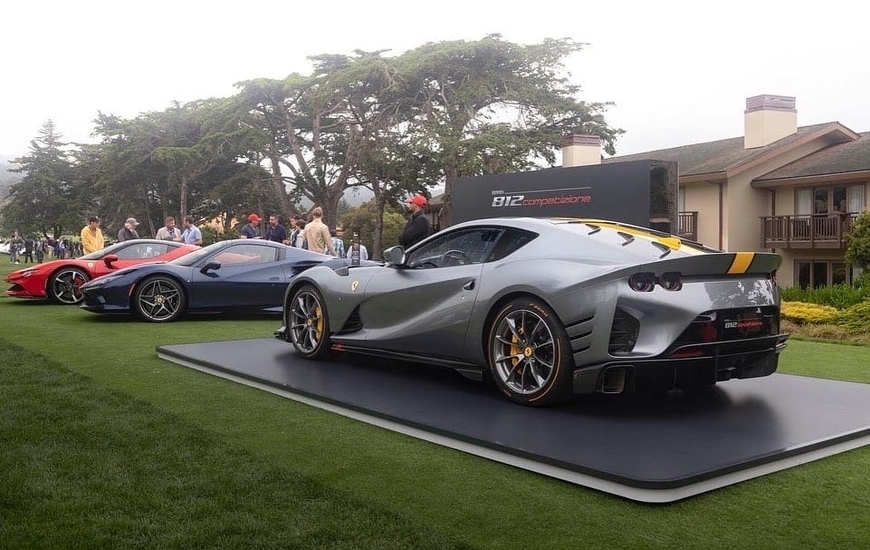 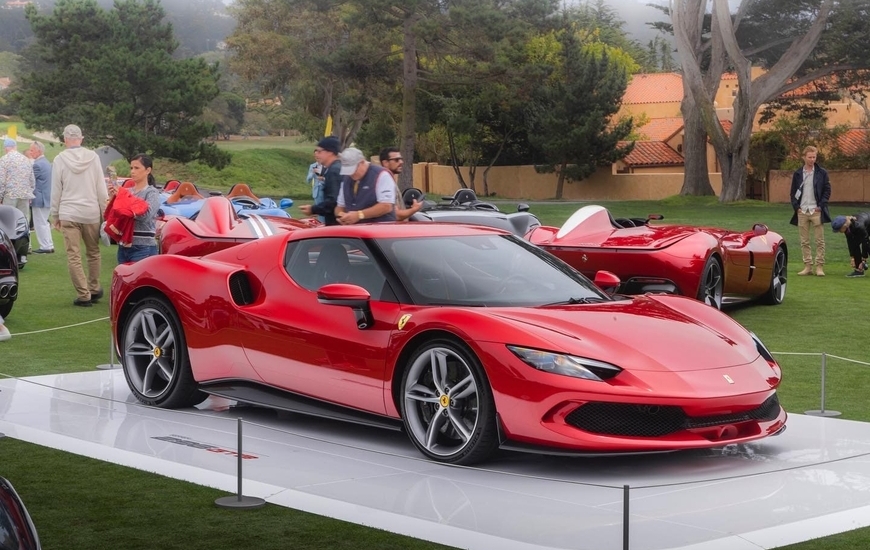 The Prancing Horse returned to Pebble Beach following a yearlong hiatus with gusto, choosing this occasion for the North American debut of the new Ferrari 296 GTB, amongst a host of many treasures.

The Ferrari Monza SP1 and SP2 have already achieved “dream car” status for collectors and fans alike, and a dream came true this week at WeatherTech® Raceway Laguna Seca and on the concours lawn with the gathering of nearly forty of these modern-age V12 Icona barchettas.

Chief Design Officer Flavio Manzoni, who also served this year as an Honorary Judge for the Concours d’Elegance, joined a livestream commentary for spectators and fans of the Prancing Horse as this largest -ever assemblage of Ferrari Monzas – in a range of spectacular and historically significant liveries – took to the field at Ferrari Concorso, which included an array of Classiche-certified masterpieces: the 1964 Ferrari 250 LM, the design inspiration for the new 296 GTB, was placed center-stage with its modernday, spiritual antecedent.

At the display at the First Tee on Fairway One –adjacent to Casa Ferrari, home base for the Prancing Horse at Pebble Beach — today’s range of Ferraris including the Portofino M, Roma, SF90 Stradale and F8 Spider starred alongside the Ferrari 812 Competizione. For most spectators, this was the first chance to see this limited-series in the metal.

On the lawn at the 70th Annual Pebble Beach Concours d’Elegance, the famous 1954 Ferrari 375 MM, originally owned by filmmaking maestro Roberto Rossellini, was among the masterpieces from Maranello which graced the 18th Fairway. Having won Best in Show at the 2014 Pebble Beach Concours d’Elegance, the spectacular 375 MM coupe remains the only post -war car of any marque to hold this honor.