The final stages of the rarest Bentleys (made of carbon fibre)

The Bacalar is the ultimate expression of two-seat, open-air luxury and was the first in a new series of pinnacle bespoke projects that have spearheaded a return to coachbuilding by Bentley Mulliner 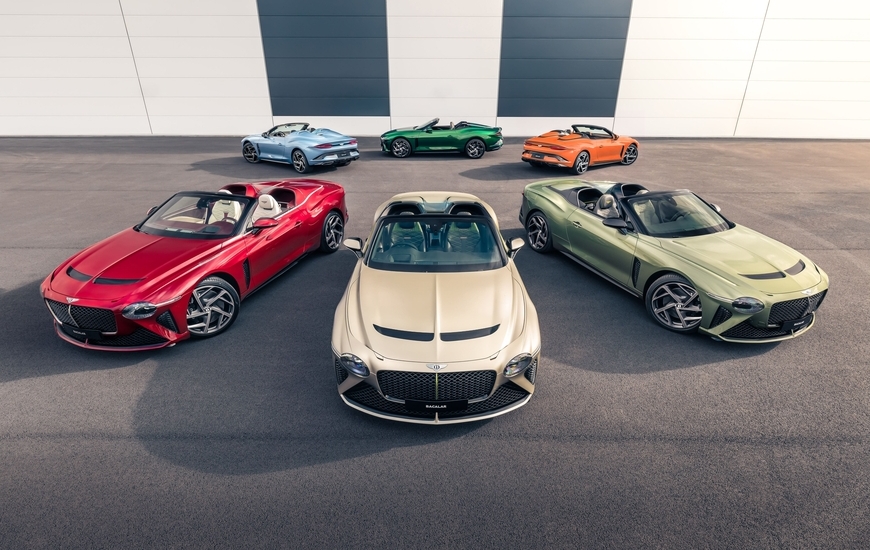 Bentley Mulliner is completing the final stages of handcraftsmanship of 12 of the rarest Bentleys of the modern era – the exquisite Bacalar.

The Bacalar is the ultimate expression of two-seat, open-air luxury and was the first in a new series of pinnacle bespoke projects that have spearheaded a return to coachbuilding by Bentley Mulliner – the oldest coachbuilder in the world. The imminent completion of the Bacalars will allow the Mulliner team to focus attention towards their next project, which will be revealed soon.

Eight Bacalars – each in a unique colour designed by its customer - have now been handed to their owners around the world, with the final four cars in the last phases of preparation in Mulliner’s Crewe workshop for transport and delivery. With each car taking around six months to complete, the last tasks and quality checks mark the end of a long and incredibly detailed process to craft each Bacalar according to its owner’s wishes.

Bacalar has been brought to life by Bentley Mulliner to revive its specialism in providing rare coachbuilt cars to only a few discerning customers. A roofless Barchetta design with all-new and highly muscular coachwork, embracing a myriad of options and materials, each Bacalar is truly unique, the result of direct interaction between the Bentley Mulliner design team and each individual customer. As with every car in the series, strictly limited to 12 examples, all cars have had every detail specified by their owners, and as such are totally bespoke to them.

Each carbon fibre body is finished in a bespoke colour for each individual customer with no two cars being the same. The cars sit on unique 22” Tri-Finish wheels, with polished faces, dark grey satin spokes and accent highlights to complement the exterior.