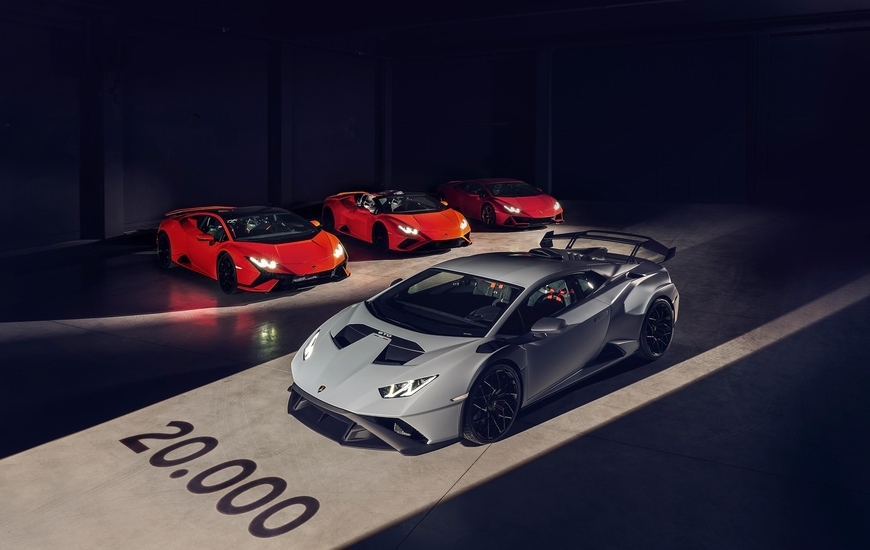 Automobili Lamborghini announces Huracán number 20,000: an STO model in glorious Grigio Acheso Matt for a client in the Principality of Monaco. While the Huracán Super Trofeo Omologata is the pinnacle of Huracán performance in a road car with racing spirit, it heads an extended family of Huracán models that have delivered aspirated performance with characterized dynamic handling and driving emotion since its 2014 launch.

“At its unveiling we said that with the Huracán, Lamborghini is writing the next chapter in its great history,” says Automobili Lamborghini Chairman and CEO Stephan Winkelmann. “The Huracán has delivered an evolution of design, technological know-how, driving adventures, track records and sales records since its launch. It was designed as a car to provide super sports emotion in every environment, from daily driving to thrilling performance on track. Every iteration of the Huracán has stayed true to that Lamborghini philosophy, while in motorsport the Huracán is not only the protagonist of the Lamborghini one-make Super Trofeo series but has proved its dominance in GT3 series throughout the world.”

The Huracán's success has endured for eight years, an attraction maintained over time thanks to a wide range of versions: 12 road and three racing versions.