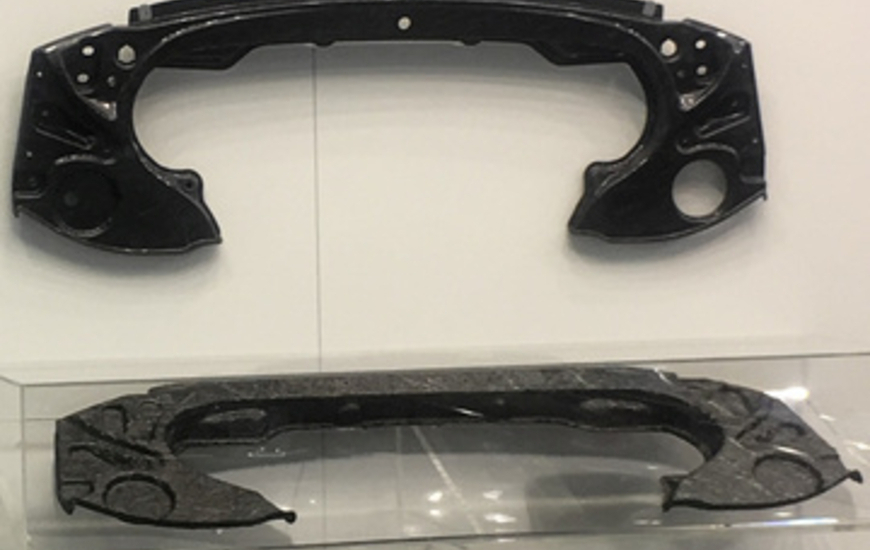 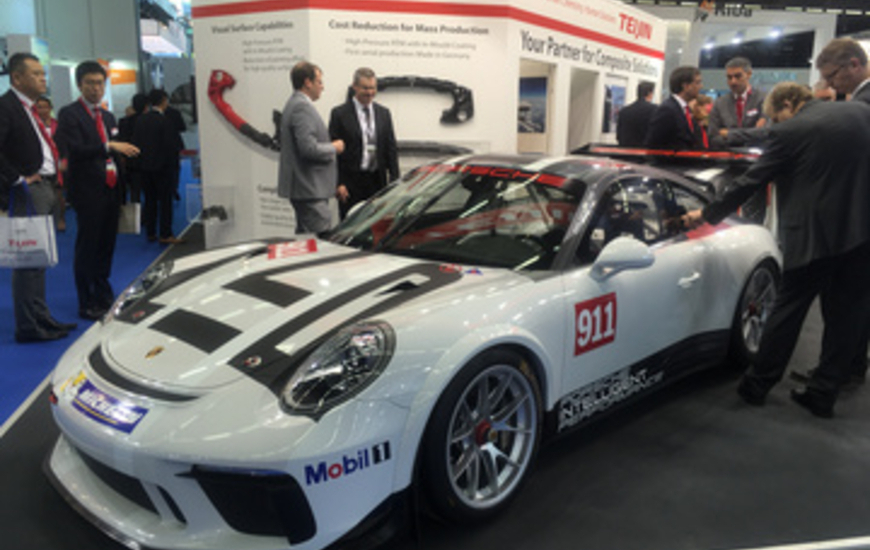 Toho Tenax Europe GmbH manufactures the assembly carrier for the Porsche GT3 Cup II. It is the first automotive part being produced in serial production with Tenax® Part via Preform (PvP) technology in Heinsberg, Germany, supplied directly to the OEM. Within the global Teijin Group, Toho Tenax is expanding its composites businesses by integrating advanced composite technologies to form a dedicated Teijin composites business unit. The Porsche GT3 Cup II was exhibited on the Teijin booth at the JEC World 2017.

The assembly carrier is produced based on a preform made with random fiber spraying, substituting woven fabric preforms. A carbon fiber treated with binder is sprayed, consolidated and trimmed automatically by a robotic system developed at Toho Tenax Europe GmbH. Compared to the current state of the art process – to use fabric based on carbon fiber being draped manually in the mold – the Tenax® PvP process produces preforms automatically without internal cuts and draping effects. The homogenous PvP preform leads to a perfect load behavior of the part. At the same time, costs are significantly reduced due to the automation of the whole preforming process, providing reduced intermediate steps and adopted quality assurance efforts. The injection is using the HP-RTM technology including an in-mold coating step providing easy to paint surfaces with high quality.