The capsule, 'Quintero One' is constructed almost completely out of HyperloopTT's VibraniumTM, a specially made dual-layer smart composite material
1 / 1 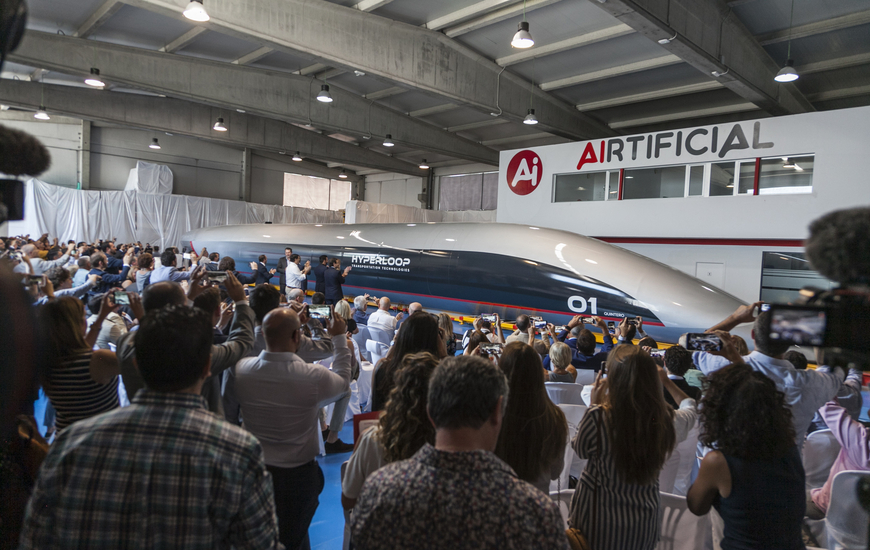 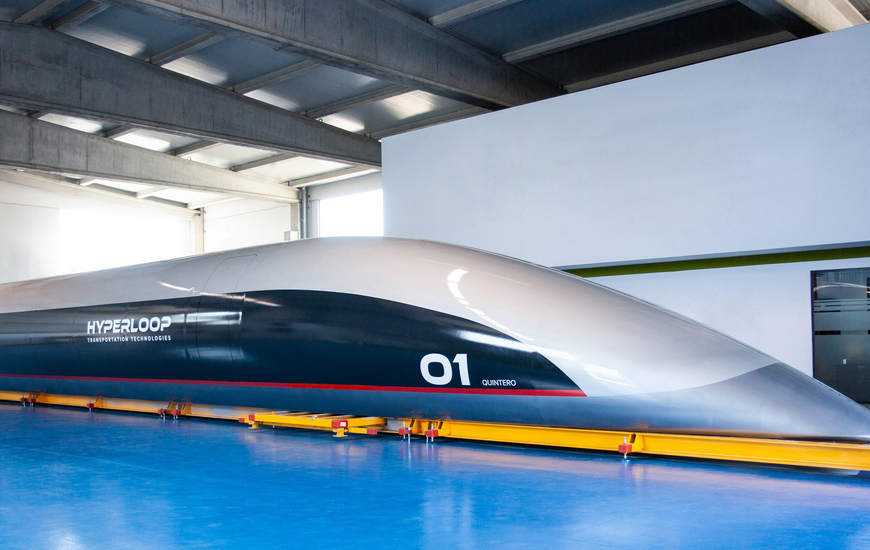 Hyperloop Transportation Technologies provided a first look of their full-scale passenger Hyperloop capsule at an unveiling ceremony in Puerto de Santa Maria, Spain. The event was also held to commemorate the five-year anniversary of the founding of HyperloopTT and showcased the company's progress since it was established as the first Hyperloop company in the world.

The capsule, "Quintero One" is constructed almost completely out of HyperloopTT's VibraniumTM, a specially made dual-layer smart composite material. It was built at the Southern Spain aerospace facilities of HyperloopTT's partner Airtificial, a new company formed by the merger of composite expert Carbures and engineering company Inypsa that manufactures for many leading companies including Airbus and Boeing. The design for the capsule was created in collaboration with world renowned transport design consultancy PriestmanGoode and won the Gold award at the 2017.

The capsule will be delivered to HyperloopTT's research and development center in Toulouse, France for additional assembly and integration into the system, before it is used on one of the first commercial tracks.