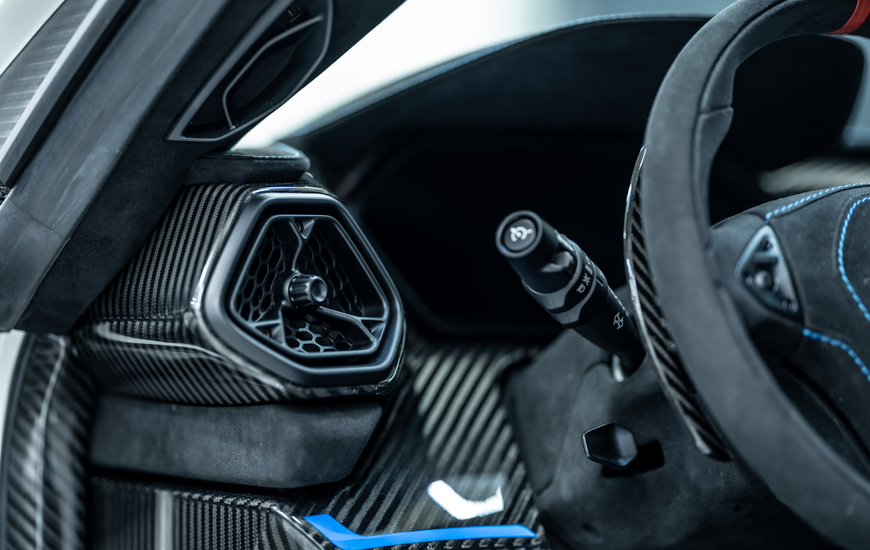 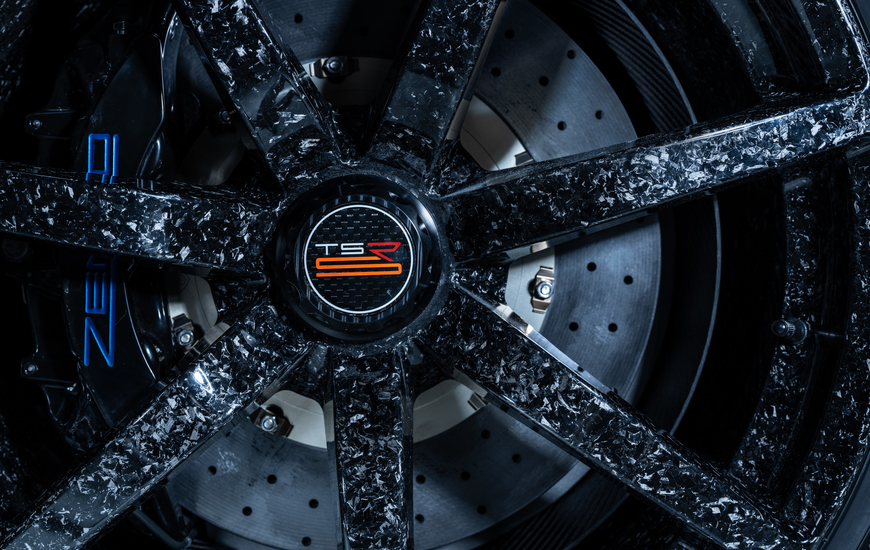 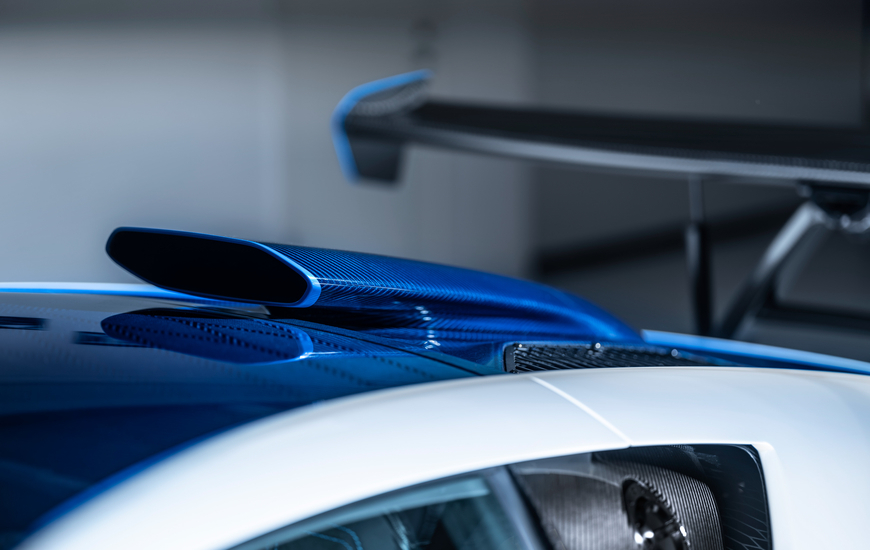 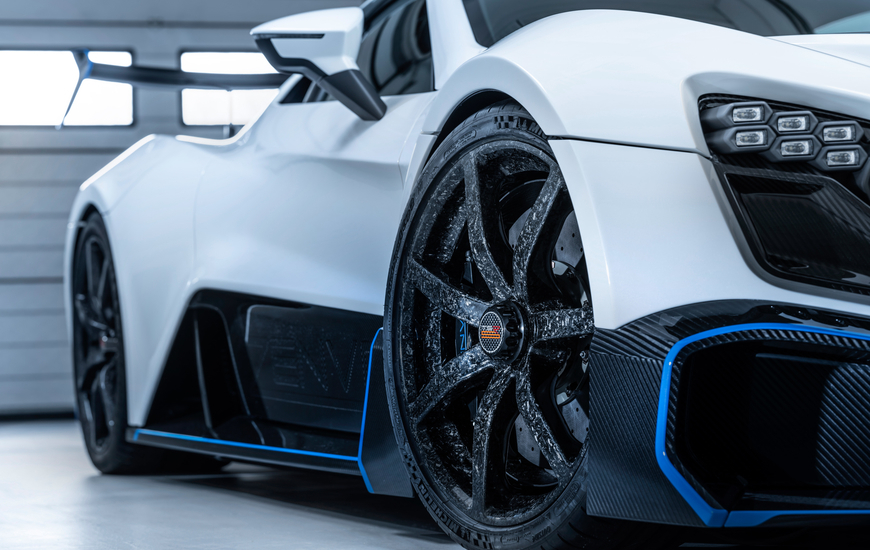 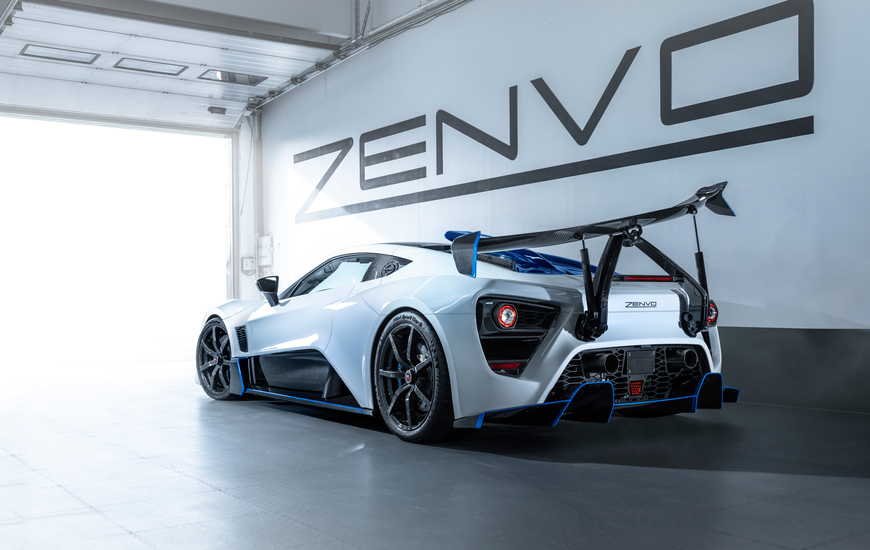 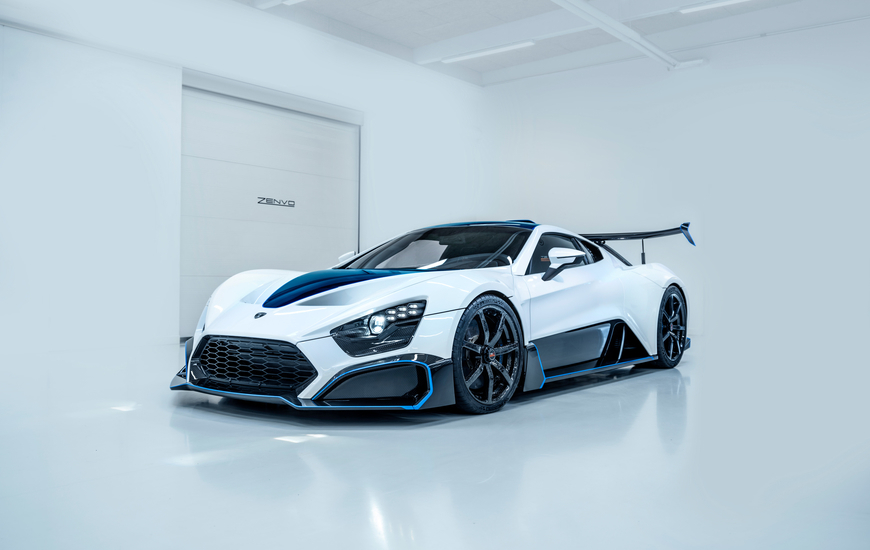 Zenvo has revealed its latest commission TSR-S alongside further developments from the Danish hypercar manufacturer. This example of the 1177bhp twin-upercharged V8 TSR-S model, the street legal variant of the TSR track car, has received numerous bespoke touches and is the first car to receive full fragmented carbon fibre wheels designed, developed and built in-house by Zenvo as well as individual weave designs within the exposed carbon fibre body sections.

Following Danish design ideals of innovation and creativity, the geometric pattern carbon fibre visible within the blue tinted central stripe is a further evolution of Zenvo’s class leading carbon fibre technology and personalisation options, such as the bespoke ‘watermark’ carbon fibre graphics featured on previous TSR-S models. This technique has also been used on the exposed carbon fibre side pods, with the Zenvo logo emblazoned within the material in an opposing herringbone pattern.

These new weave patterns, which can be tailored to the client’s specification, are formed within the carbon fibre and are hand-laid by Zenvo’s craftsmen.
So too are the new fragmented carbon wheels, with each minute fragment hand-cut and expertly layered to create the special finish and weigh some 15 kilograms less than the aluminium variants. As with all carbon fibre work at Zenvo, from the body panels to the floor mats, these components are created in-house using a combination of cutting-edge technology and human craftsmanship with countless personalisation options. Each wheel takes two technicians roughly one week to create. All visible carbon on the car can be colour tinted, including the wheels, and clients can specify individual sections in differing carbon finishes.