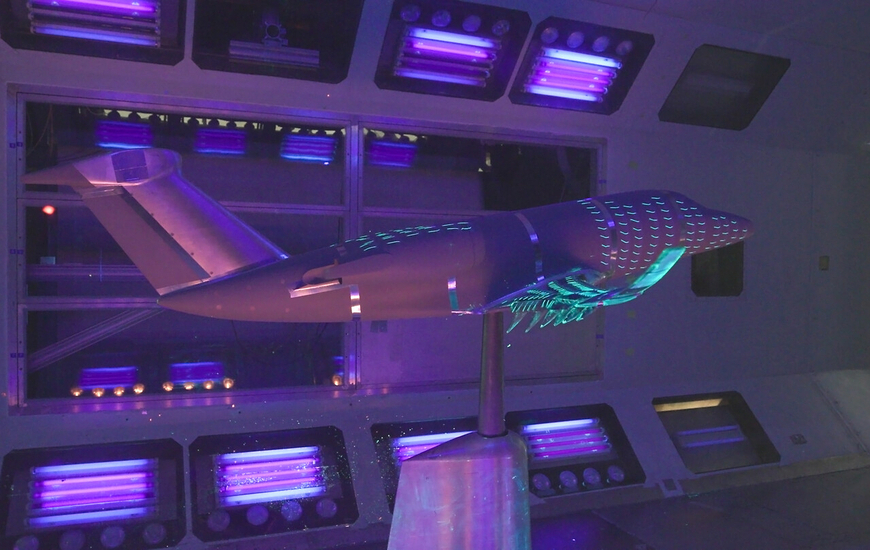 The demonstrator during the tests (Ph. Airbus)

The eXtra Performance Wing programme is developing and validating breakthrough active control technologies that can adapt the wing shape and area to the particular weight, speed and altitude of the aircraft to suit fight conditions.

They include pop-up spoilers, multifunctional trailing edges on flaps that can dynamically change the surface of the wing in flight, and a semi-aeroelastic hinge that controls a moving folding tip. Compatible with any propulsion system, the active control technologies will be integrated into the wing structure to improve performance and ultimately reduce emissions.

Longer, thinner and lighter, the eXtra composite wing design takes its inspiration from nature. Just as an eagle uses its wing and longer tailing feathers to control its flight, the new active control technologies embedded in the wing enables it to adapt its shape, span and surface for increased flight efficiency.

The NCC is working with Airbus to design the demonstrator wing which, being longer than standard, is more flexible, and therefore more susceptible to turbulence. The NCC will look to manufacture primary components of the ‘wing box’ structure to host the new active control technologies, comprising the upper and lower skin cover, and the leading edge and trailing edge spars.

The design phase is expected to be complete this summer, followed by the full-scale demonstrator wing manufacturing stage, with the first flight of the demonstrator aircraft following modification of the aircraft with the new wings. The project team is adapting a Cessna Citation VII aircraft for flight tests.

In the image, the ‘eXtra Performance Wing’ demonstrator programme in the wind tunnel (Ph. Airbus)